The CFCC has the following events scheduled for 2021 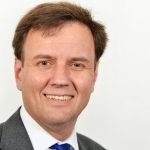 Greg Hands was appointed Minister of State for Trade Policy in the Department for International Trade (DIT) on 13 February 2020.

He was previously Minister of State in the Department for International Trade from 2016 to 2018. He was elected the Conservative MP for Hammersmith and Fulham in 2005, and for Chelsea and Fulham in 2010.

Host chamber for this event:
Canada-UK Chamber of Commerce